A couple of days ago I went shopping at Gunwharf Quays, Portsmouth, and I picked up a few gems from The Cosmetic Company. I don’t own many MAC products so I decided to splurge a little on 3 items. I came out with 3 very different purchases, all which I am super happy with! I can’t wait to share with you guys…

The first product is this beautiful eyeshadow palette. I’ve been wanting it for ages so when I saw it at the outlet I just haddddd to get it! I think it’s a handy small size that I can take away if I go anywhere , and still have the right colours for a nice glittery night eye to compliment my bluey greeny eyes! I can’t wait to start wearing it! This palette is called Amberluxe, and RRP was £30 but I got it for £21! 🙂 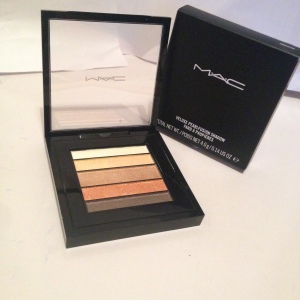 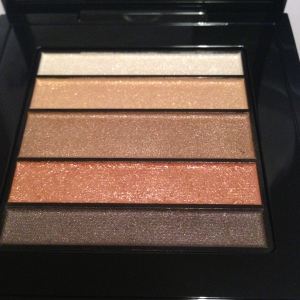 My next purchase was this gorgeous holographic nail polish. I’ve never bought a nail polish from MAC before so I can’t yet comment on how well it compares to my beloved Essie polishes, but I was just so mesmerised by the holo that I ended up going for it. It’s my first holo polish, and I’ve been wanting one for ages so super happy with it 😝. This one is called Mean & Green, and RRP was £10 but I got it for £7.

My final MAC product I got was this extremely pigmented glitter. It’s called 3D Brass Gold, and I bought this because I had seen so much hype about how amazing and long lasting these were and wanted a colour that was really bright and stood out so that you could really appreciate the pigmentation. I think this is a great bright summer festival colour… Probably not the sort of festival that you would camp at as you wouldn’t want to take loads of makeup and spend ages on it. But later this month I’m going to Mutiny Festival in Chichester. I’m sleeping at my friends house, so I’ll be able to apply my makeup with a decent sized mirror etc so will hopefully encorporate it into my look somehow then! RRP was £17 but I got it for £11.

One thought on “MAC Shopping at Gunwharf Quays”